NEETs for NEETs project partners met for the third transnational partners meeting in Oslo on 1 and 2 of June 2022. During these two days, partners had the opportunity to reflect on the project’s next steps, plan the activities for the autumn and think about the best strategies to reach young people, especially NEETs. 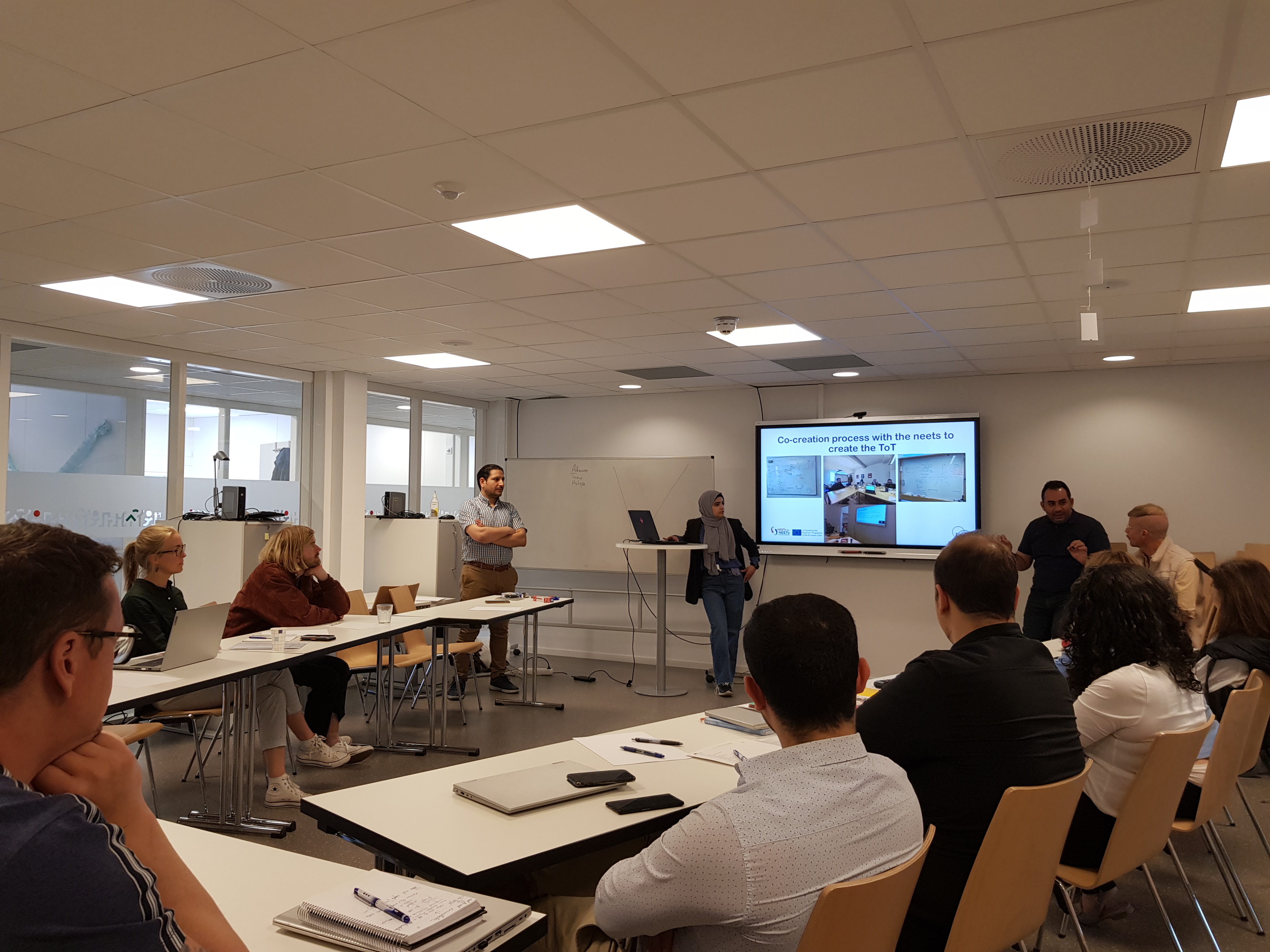 On 1 June, partners met at NAV Bjerke, which is one of the municipality’s premises, established by the local authorities and central government. Together with the local authority, each NAV agrees on the specific public services that it provides to the citizens. During the first day, partners got to know each other through a game used by Support Group Network and Save the Children (Sweden) in their trainings with the young people, migrants and refugees. This ice breaker, called “forum theater”, aimed at reflecting on how people can be oppressed in the society. Participants were split in groups and had to create small plays were the abused situation was performed twice. During the second performance, other participants could intervene to change the course of the story. The plays were followed by lively discussions with all the partners.

In the afternoon, Support Group Network and Save the Children (Sweden) presented the first pilot training that the associations organised with the NEETs on 19 and 20 May 2022. They showed the different methods/exercises used with the young people so that they could also become trainers. Partners discussed what worked and didn’t work during the training, to best shape the future trainings according to this first experience.